Sorry, you need to enable JavaScript to visit this website.
Skip to main content Skip to search
You are here

MESSAGE FROM H.E. PRIME-MINISTER ON THE OCCASION OF THE 4th. TIC TIMOR IP'S ANNIVERSARY 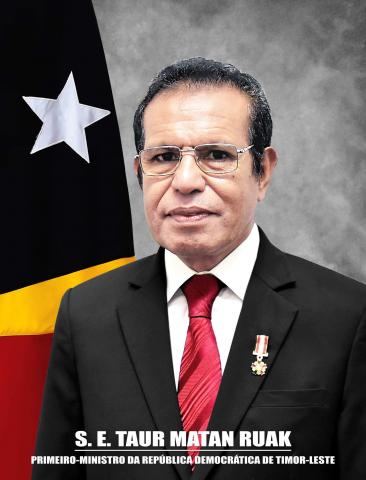 Message on the occasion of the 4th Anniversary of the Public Institute TIC Timor I.P.

In this process Timor-Leste has sought to adapt the reform of the Government's internal processes to the new realities of the country and the world, following international best practices that advocate less bureaucracy, more transparency, greater effectiveness and efficiency in the quality of services provided, improving accessibility and connectivity, and contributing to greater participation by citizens and civil society organisations, which seeks to gradually bring the Government closer to the users and socioeconomic operators operating in our country, aiming to face the challenges imposed by globalisation.

A process that intends to use the electronic products and tools made available by the new information technologies and digital platforms, removing unnecessary obstacles that hinder the development leap we want to make in the short term, as advocated in the National Policy for Information and Communication Technologies.

It was with this great objective that we created, through Decree-Law 29/2017, the Public Institute TIC Timor, which this year celebrates its fourth anniversary.

According to the United Nations, all countries go through five different stages in the long process of implementing e-Government, namely:

Timor-Leste has seen in recent years the "emergence of internet sites" (known as websites) corresponding to various ministries, public bodies and autonomous agencies, the most significant examples of which are regular access to the Government Portal and frequent use of the Official Gazette (Jornal da República).

It also witnessed the “Improvement of the information” made available, improving accessibility, archives and services available to our citizens.

With the establishment of TIC Timor, we intend to move forward with the next phases of Interaction, Transaction and Connection, placing the citizen and their needs at the centre of the administrative reform process.

We want a progressive increase in the services, products and tools available online, with a gradual increase in digital forms, receipts and payments and a corresponding reduction in the ecological footprint caused by the excessive use of paper documents.

We also want to achieve greater engagement and convenience with users, removing obstacles from timetables and in-person acts, replacing them with the contribution and active participation of our citizens and socio-economic agents in the respective decision-making processes.

New connectivity that, using the different digital platforms, can contribute to increasing interactivity between the Government and the Citizen, ensuring real-time access to data, opinions, suggestions and recommendations from the users, for whom we work and strive to provide better services, with better satisfaction rates.

These are the main objectives enshrined in the mission of the Public Institute TIC Timor, which also includes managing the IT network of the Government and other public entities with a view to modernising the State and improving the functioning of public administration services.

Ambitious goals, that now with a terrestrial optical fibre network implemented in collaboration with the electricity distribution network of the Timor-Leste Public Power Corporation (EDTL E.P.) will certainly benefit from the new investments programmed for the next years, that project the arrival of Submarine Optical Fibre from 2023.

This is the context in which we celebrate the fourth anniversary of the Public Institute TIC Timor, which we hope will be increasingly present in the task of promoting effective connection between Government and Citizens.

I take this opportunity to congratulate all staff, technicians and specialists who daily promote with their effort, commitment and dedication, the noble mission of providing access to the new electronic tools and instruments that make up Timorese eGovernment.

I am particularly grateful for your work, most of the time invisible, but surely present in every keystroke we make on our computer.

This work facilitates our activity and promotes in reality the great national goal of bringing citizens closer to the decision-making authorities.

For a more modern and digital Timor-Leste!

For a more effective and efficient administration!

Congratulations to TIC Timor for the fourth anniversary!